Tesco has announced the disposal of its Asian business to CP Group, the largest conglomerate in Thailand. The $10.6bn cash deal (equivalent to £8.2bn) tops the market’s expectations and a healthier balance sheet should help Tesco to tackle better the increasing competition on its domestic turf. We remain positive on the stock. 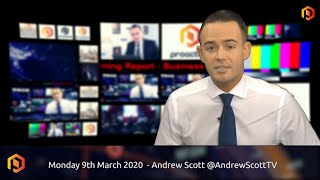 Tesco has announced yet another bold move to stay afloat / preserve market share in the tough UK grocery market – management plans to price-match Aldi on hundreds of essential products. Improved price perception is the aim but profitability erosion is also a likely side-effect. While Tesco is better placed (enjoys 2x operating margin) vs close peers, this step may not be enough to plug the customer leakage completely. The competition will only intensify henceforth.

Tesco to check-out from Asia?

The H1 performance was better than our expectations – top-line was soft but operating profit outperformed. Management has announced an overhaul of the Polish operations (after scaling down the business). The discount format Jack’s is producing mixed results, although the CEO is optimistic for its future. Dave Lewis will be leaving Tesco next summer (due to personal reasons). Kevin Murphy, whose recent stint was with Walgreens Boots Alliance (as the Executive Vice President and Chief Commercial Officer), will take the helm.

Tesco is due to release its H1 results tomorrow. In addition to the company’s performance in the UK, it will be interesting to hear management’s commentary on two hot topics: its discount format Jack’s and the strategy in Poland.

Tesco showcased some untapped money-making opportunities in the recently-concluded Capital Markets Day. The focus was on three pillars – Product, Channel and Customer. While some of these were not a surprise, the new opportunities were a welcome sign – boost its presence in Thailand through the convenience format, the concept of Tesco Finest (if implemented) and numerous cost savings steps. No change in the stock recommendation.

Q1 lfl performance was softer than our expectations. Unfavourable weather and weak non-food sales (general merchandise and clothing) in the UK were the key pain-points. On a positive note, the domestic business once again clocked positive volume. The upcoming stock price triggers would be the Capital Markets Day on 18 June 2019 and Tesco’s ability to cope with Brexit (due in end October 2019). No change to the stock recommendation.

Tesco posted a strong performance in Q4 and FY18/19. Key takeaways were a reduction in the lfl decline in Asia, robust sales momentum in the UK, and a strong surge in profitability across all geographies. Retail FCF was a bit softer due to WCR outflow, but it is a non-structural issue. Next stock price trigger could be the Capital Markets Day, scheduled on 18 June 2019. We will increase our estimates, along with a possible upgrade in the stock recommendation.

A good Christmas for Tesco

Tesco’s ability to regain lfl momentum after a softer Q3 in the UK is noteworthy. However, the company needs to improve the international operations (especially in Poland and Thailand) in order to be re-rated upwards. We have tweaked the earnings estimates but maintain the stock recommendation.

It was a tough quarter for Tesco. The retailer is likely to remain under pressure in the near term, on the back of the Polish and Thai operations. The South-East Asian country is still lucrative for Tesco (with potential for a performance turnaround in the mid/long-term). However, we would not be surprised if management decides to exit Poland in the coming quarters. We have revised down our earnings estimates, also downgrading the stock recommendation (from Buy to Add).

Tesco taking the bull by the horns

As expected, Tesco has unveiled its discount store concept today. It will be called as ‘Jack’s’, named after the company’s founder Jack Cohen. The initial details are as follows: 1. This new store is touted to be cheapest in the town. 2. 10-15 new stores will be opened over the next six months. 3. 2,600 products will be sold (vs 20,000 in a typical Tesco store). Out of the total, 1,800 would be Jack’s-branded items. 4. As much as 80% of the products will be grown, reared or made in the UK. 5. Management plans to offer a cashier-less shopping experience (scan and pay using a mobile app) vs self-service machines or traditional check-outs. With this step, the UK’s largest retailer expects to take the fight back to discounters Aldi and Lidl, who jointly command a 13.1% market share today. Notably, the decade-long aggressive expansion by German discounters has long rattled the ‘Big 4’in the UK, which have lost considerable ground during the period. Although we agree that Dave Lewis needs to check the market share erosion (27.4% on 9 September 2018 vs 29.1% in January 2015) – the rampant onslaught from German discounters is the biggest pain-point – this strategy is a bold experiment by Tesco in our opinion. The UK’s largest retailer needs to ensure that this new format does not cannibalise the revenue of its existing stores. The margin of error is also higher as management needs to don multiple hats at the same time – traditional supermarkets vs discount format vs convenience stores vs e-com. The historical failures of other peers also highlights the high implementation risk with this format. Notably, Sainsbury partnered with Netto in 2014 but had to shut these discount stores after incurring losses for two years. In addition to reviving the performance of traditional stores, it is also interesting to see these large retailers treading on different paths as a competitive strategy. Despite an ambitious plan by the CEO, implementation remains the key to success.

Tesco reported Q1 FY18/19 results slightly below our estimates – UK & ROI performance came in line, but the international business was a bit weak. Initial progress on the Booker integration is quite satisfactory, aided further by the strategic decision to form a buying alliance with Carrefour and closing an unprofitable non-food website. We have incorporated the Q1 numbers and the impact of some new business events in our estimates. No change to the stock recommendation.

Tesco has continued its positive lfl momentum in Q4. Considering management’s success in the implementation of the turnaround plan, we take a more positive view on the company’s profitability going forward. Booker’s financials have also been integrated into our model. Moreover, the company looks much healthier today considering better than expected working capital management and its ability to reduce pension and debt obligations. Our stock recommendation is reset upwards to ‘Reduce’.