Eden Research is the UK's only quoted biopesticide company which we see at an interesting inflexion point as its development work continues to transition to product launches across multiple geographies, crops and pests. Eden's biopesticide products offer advantages over conventional pesticides and the biopesticide market as a whole is expected to grow at a high-teen rate over the coming years. To support its on-going product development work and invest in its pipeline, the company has announced it has conditionally raised £10.1m (gross) via a placing of new shares. We maintain our Buy recommendation.

Eden Research has announced its headline 2019 financial performance in its trading updated, with revenues expected to be ~£2.0m (Cenkos est £2.0m) and an operating loss of ~£1.4m (Cenkos est -£1.4m). As expected, revenues were down YoY given the significant (£1.2m) milestones reported in FY18A. The company also notes strong commercial progress through the year with a number of new authorisations received and distribution agreements signed. Further, post year-end, Eden announced a one-year evaluation agreement with Corteva, a major market player, covering Eden's Sustaine technology and several formulations. We maintain our Buy recommendation.

Eden Research has announced the signing of an exclusive, one-year Evaluation Agreement with Corteva Agriscience, a major player in the agriculture inputs market. The agreement allows Corteva to evaluate Eden's Sustaine plastic-free microencapsulation technology and several product formulations in specific biological seed treatment applications, and if successful will lead to an exclusive distribution agreement. We see this agreement as a strong endorsement of Eden's proprietary Sustaine technology and maintain our Buy recommendation.

In a busy close to the year, Eden announced a number of new agreements which increase the company's market penetration on a global basis. Two established distribution partners, Sipcam Oxon and SumiAgro, (via subsidiaries) expanded their commercial activities with Eden into new regions further validating Eden's products plus the company achieved its first regulatory approval in the Americas (Mexico). We believe these announcements clearly demonstrate the commercial and regulatory progress being made by Eden and supports our Buy recommendation.

Eden Research has announced an agreement with SumiAgro Europe (SAE) providing SAE with exclusive distribution rights for Mevalone in five new central European countries including Germany and Poland. The agreement covers the use of Eden's fungicide for grapes and for the treatment of storage diseases on apples. Once regulatory approval is received, we believe the agreement opens large opportunities for Eden Research, particularly for apple storage disease in this region. We maintain our Buy recommendation.

Eden Research has announced that its second biopesticide, Cedroz, has received full authorisation from the Belgian regulator allowing the product to be sold in that country. The authorisation covers the use of Cedroz on a wide range of crops and for use in greenhouse applications. The product will be marketed by Eden's commercial partner Eastman Chemical Company, which has commercial rights to a further 28 countries globally. We maintain our Buy recommendation.

Eden Research has reported its half-year results to 30 June 2019. Revenues for the period were £0.58m, down versus H1/18A but impacted by £0.3m of product sales expected in June which slipped into July. Product sales were £0.45m, though adjusted for the ‘July sales', came in at £0.75m up on H1/18A. With an expected H2/19E weighting, Eden remains on target to meet our FY19E product sales forecast. The company delivered a strong ‘product' gross margin of 43.9% (H1/18A 29.8%) and admin expenses were controlled, though expected to increase in H2/19E. We maintain our Buy recommendation.

Eden Research is a biopesticide company we see set to enter a period of strong product sales growth driven by expansion into new countries and new crop markets. The company has built a strong foundation of its proprietary encapsulation technology and natural pesticides which have been developed into regulator-approved products; one launched and a second close to market. With an underlying market expected to grow at high-teen rate and a favourable regulatory environment, we believe Eden Research offers a relatively unique opportunity to participate in a developing, growth market. We initiate with a Buy recommendation.

The spotlight on food technology has perhaps grown more as a result of changing consumer trends, and environmental necessity than from investor appetite for something new. According to Robbins Research, livestock account for 18% of greenhouse gas (GHG) emissions, which is higher than the portion of GHG emissions created by transportation. Livestock also produce 35% of the world’s methane, which has more than 20 times the Global Warming Potential of carbon dioxide, and generate 65% of the world’s nitrous oxide, which has 23 times the GWP of carbon dioxide. The irrigation of feed crops also accounts for nearly 8% of the world’s human water use. Hence the need for plant-based alternatives to traditional protein sources, which are produced far more sustainably than traditional meats.

Eden Research gets 'emergency use' green light for Mevalone in France

Eden Research welcomes 'emergency use' authorisation for Cedroz in Italy 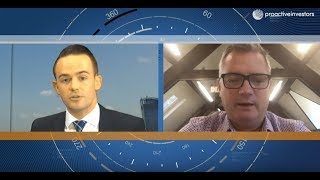 United Oil & Gas (UOG.L) an oil and gas exploration and development company brought to the Official List (Standard Segment) in July 2017 by way of a reverse takeover of Senterra Energy plc. No capital to be raised, expected market cap of £17m and expected 28 Feb Techniplas –global producer and support services company providing highly engineered and technically complex components, making the supply chain to original equipment manufacturers more efficient. FYDec17 rev $515m. Polemos, to be renamed Digitalbox plc, has agreed to acquire Digitalbox Publishing Holdings Limited for c.£10m through a share for share exchange. The acquisition constitutes a RTO. Polemos has also agreed to acquire the entire issued share capital of Mashed Productions Limited, a digital media business which owns the online satirical news website "The Daily Mash", for a maximum total consideration of up to £1.2m. Market cap on admission £12.4m, expected 28 February 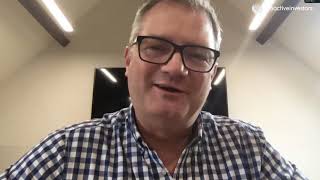 The announcement of renegotiated contingent payments to the vendors of Medimark Scientific is seen very positively as it enables the integration of the two businesses to begin immediately, rather than waiting until April. We expect the integration to generate both cost synergies as well as revenue synergies as the established salesforce at Medimark cross-sells some of the Byotrol product range. A final payment of c.£290k will be paid, in addition to the issuance of 9.36m shares, comparing favourably with our forecasts that assumed a £450k payment and issue of c.11m shares. We make only modest changes to forecasts and reiterate our target price of 7p.

In October 2019 Applied Graphene’s (AGM’s) management announced it was re-aligning resources around dispersion and application technology to better support product development with customers presenting the nearest-term revenue opportunities. This focus supported six customer launches of coating products containing AGM’s graphene dispersion during calendar year 2019. These launches are for both mass-market and specialist applications. As a result of the ensuing uptick in product sales, revenues so far for FY20 are already 20% higher than the whole of FY19.

Elementis’ AGM statement confirms a positive start to the year with stronger demand evident in most markets during Q1. This reinforces our confidence that 2017 will see a return to earnings growth after the challenges of 2016. It has been a busy period strategically with the sale of the non-core US colourants business and the closure of the Jersey City facility, as well as the significant acquisition of SummitReheis. The SummitReheis deal closed on 24th March, three months earlier than originally planned, prompting a 5% earnings upgrade to FY17 this morning. In our view prospects for the coming years are bright and Elementis remains a Best Idea for 2017.

PPG knows its own mind

AkzoNobel’s management rejected an unsolicited, non-binding and conditional proposal from PPG Industries, a US-based manufacturer and distributor of coatings and speciality materials offering a value of €83 per share as on 28 February 2017. As a first measure, management announced the review of strategic options to separate Speciality Chemicals and is considering various ownership structures, including the establishment of an independent listed company.

New strategy to defend the takeover

In the context of the Q1 17 figures, which are characterised by a strong volume increase at the group level.

Volumes up! A perfect timing

Yesterday, PPG withdrew its offer to acquire AkzoNobel for an equity value of €24.6bn.

Akzo Nobel announced that the company has reached an agreement with active investor Elliot Advisors and Paul Singer.

Following continued delays of a Brexit agreement, few sectors within the UK market have remained attractive to investors despite low valuations. One sector which has continued to outperform despite the political drama has been the UK video gaming sector (henceforth UK gaming), which we are fans of. We believe a combination of sector-leading growth, strong cash conversion and timely cyclical positioning support our positive view on the UK video gaming sector.