Tissue Regenix (TRX) is focused on the development and commercialisation of two proprietary processing technologies for the repair of soft tissue (dCELL) and bone (BioRinse). It has a broad portfolio of marketed regenerative medicine products for the biosurgery, orthopaedics and dental markets. Interim results showed early signs of the benefits of its strategic activities over the past two years – the focus on commercial relationships, capacity expansion, restructuring to service demand, and rec

What’s cooking in the IPO kitchen? According to Reuters Czech payments firm Eurowag plans to launch an initial public offering (IPO) in London in the coming weeks. The company, which counts private equity firm TA Associates among its owners and offers payments solutions for the transportation industry, is targeting a 2 bln euro ($2.36 bln) Mkt Cap, the sources said on condition of anonymity. The company's core customers are small companies with one to five trucks, which make up 80% of the indus

Since the late 17th century, when the National Debt – effectively today’s public sector net debt (PSND) – was virtually nil, it has fluctuated widely, with financing various wars being the key factor. PSND soared on the back of the Napoleonic Wars, before falling during much of the 19th century. But the onset of World War 1 (WWI) in 1914, and especially of World War 2 (WWII) in 1939, saw PSND reach record levels.

TRX is focused on the development and commercialisation of two proprietary processing technologies for the repair of soft tissue (dCELL) and bone (BioRinse). It has a broad portfolio of marketed regenerative medicine products for the biosurgery, orthopaedics and dental markets. In the past two years, the focus has been on its commercial strategy, restructuring to service demand, and commencing a capacity expansion programme in its US facilities. Phase 1 of the expansion programme has been comple

TRX is focused on the development and commercialisation of two proprietary processing technologies for the repair of soft tissue (dCELL) and bone (BioRinse). It has a broad portfolio of marketed regenerative medicine products for the biosurgery, orthopaedics and dental markets. In the past two years, the focus has been on its commercial strategy, restructuring to service demand, and commencing a capacity expansion programme in its US facilities. Phase 1 of the expansion programme has been comple

AVO’s goal is to deliver an affordable and novel PT system, called LIGHT, based on state-of-the-art technology developed originally at the world-renowned CERN. Over the past two years, important technical milestones have significantly derisked the project. Now, AVO is working on the verification and validation phase, prior to LIGHT being used on the first patients to support CE marking. In its recent technical update, the company highlighted progress made over the past three months towards a ful

In the past few weeks, all the listed multi-national pharmaceutical companies have reported results for 2020, which has given us the opportunity to update our industry statistics and drug database. This report provides the first, snapshot publication of global and US rankings of the top 20 drug companies for 2020. Comparisons are made with historical data to show how different company strategies have evolved. In addition, summary analysis has been provided for the sales evolution of therapeutic 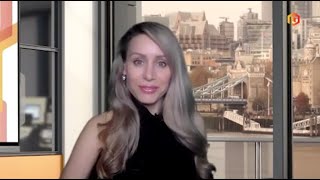 In the past two years, since Hardman & Co first started to target the IC sector, we have heard many managers of ICs and boards talk of the growth of the retail investor on their registers. Many have approached Hardman & Co for help in addressing this market, since we have a unique strength in this field relative to other providers.

Although 2020 will probably go down in history as one of the most challenging years experienced during our lifetime, it will also likely be chronicled as one of the best years for the recognition and appreciation of science. As we entered 2020, the COVID-19 pandemic was in its infancy. However, it rapidly evolved through the exponential rise in infections and mortality globally. Much has been achieved during the past 12 months in the fight against COVID-19, but, as we enter 2021, there are consi

Babies and Bathwater - Picking through the sell-off

Friday's market sell off saw some violent downward moves in many stocks with little initial differentiation between sectors or the key drivers of businesses, creating significant share price drops in a number of higher quality or uncorrelated names. We take a look at some stocks we believe have either seen an unwarranted sell-off, have seen weakness go under the radar or where there is now a more attractive opportunity.

Joiners No joiners today Leavers No leavers today What’s cooking in the IPO kitchen? Trinistar Liverpool S.a r.L announces its potential listing of a newly formed single asset company which will own the Capital Building in Liverpool on the IPSX. Upon admission the Company would become a real estate investment trust (REIT). The Capital Building occupies close to a 3.5 acre freehold site in the centre of Liverpool’s business district; the building comprises c425,000 square feet of predominantly of

Water Intelligence has announced the reacquisition of its South Oregon franchise for $1.38m, delivering quickly on its proposed reacquisition strategy outlined in last months oversubscribed £12.5m fundraising. The consideration equates to 1.2x FY21 revenue and 5.5x PBT and will be paid over the next 12 months and is highly accretive. We view the acquisition as attractive and strategically the acquisition fits well with the January reacquisition of Seattle, also in the Northwest USA. We make no c

Against the backdrop of the 26th UN Climate Change Conference of the Parties (COP26) we take a closer look at the rapidly developing technology and industries surrounding the evolution of the so-called hydrogen economy. Hydrogen is an energy vector or fuel that is capable of storing, transforming and transporting energy with zero emissions at the point of use. It can also be made by renewable energy sources. It is also the most abundant element in the universe accounting for some 75% of all matt

ValiRx is a life sciences company which accelerates the development of treatments in oncology and women's health. The company is reaching a significant strategy inflection point as it continues implementation of its “connected innovation” strategy. It has signed a letter of intent to out-license VAL201, demonstrating good progress has been made to generate value from its legacy assets and move towards consolidating ValiRx' position as a key player in oncology and women's health. We initiate with

Outstanding performance, in our view, disclosed by the UK-based FinTech on the occasion of its first earnings presentation. The top line, which had already been disclosed in mid-October was of no surprise however, the full financial statements have been provided, yielding a strong feeling of optimism and satisfaction regarding the business model’s advancement. The firm used this opportunity to raise its top-line guidance from mid-20s to mid-to-high 20s.

Joiners No joiners today. Leavers No leavers today What’s cooking in the IPO kitchen? Katoro Gold plc (AIM: KAT), the AIM listed gold and nickel exploration and development company, announced that the Company and Target Mine Consulting (Pty) Ltd have agreed to seek admission for 100% of the Blyvoor Joint Venture project (BV) by vending each of their separate interests into a new company to be listed on the Standard List of the London Stock Exchange. Katoro will look to recover its total cash exp

*A corporate client of Hybridan LLP Joiners Hostmore plc (MORE.L) has demerged from Electra Private Equity PLC, and the shares admitted to the Premium Segment of the Main Market.. Hostmore is a growing hospitality business with its current operations focused on the American-themed casual dining brand, Fridays, and the cocktail-led bar and restaurant brand, 63rd+1st. Leavers No leavers today. What’s cooking in the IPO kitchen? Ashtead Tech, subsea equipment rental and solutions provider for the g

Climate change is a global threat. The negative impacts include interruption to infrastructure services, disruption to domestic and international supply chains, and the loss of human capital productivity. We summarise decarbonisation opportunities across a range of markets and highlight ten UK-listed small cap stocks that we believe will be beneficiaries of increased scrutiny on decarbonisation from governments, regulators, investors, consumers and businesses across supply chains.

Coral products announced its interim results for the year ending April 2022. Revenue for the continuing businesses was +58% at £7.1m (vs. £4.5m in 1H21) and pre-exceptional EBIT was +35% at £0.76m, which is three-quarters of our full year expectations. This strong performance was achieved despite Global One-Pak, its distributor of plastic lotion pumps, triggers and mist sprayers, suffering from logistical issues importing from China and the ill health of its managing director. The two other busi