Blogs >
Insights >
Best and worst-performing companies on AIM in 2016

Best and worst-performing companies on AIM in 2016

Brexit, Trump, and the emergence of "Post-Truth" will forever be the defining features of 2016. The year was dominated by political and social upheaval and was a roller-coaster for UK investors. The FTSE hit record highs at several times during the year, and the surprising outcomes in the UK's Brexit referendum and the US election sparked unexpected stock-market rallies.

On the small cap AIM index, the top performer of the year was Altitude Group, the technology and information services group whose price sky-rocketed 360% between early September and mid-October. The group announced on 3 October that it knew of no "operational or corporate reason" for the increase.

Other strong performances include boohoo.com and Gear4Music Holdings, two companies with highly scalable platforms who enjoyed explosive growth throughout the year and several upgrades. Boohoo is an online fashion retailer considered by many to be the "next ASOS", with greater margins and international reach. Gear4Music is an online musical instrument retailer which continues to be a prized stock for small cap investors.

The worst performer of the year was fertilizer company African Potash Ltd whose share price collapsed from 3.3p to 0.123p after it issued 235m shares to raise £500k, leading to Cantor resigning as its nominated adviser.

Other poor performers included gold mining firm Xtract Resources and Avanti Communications, with the latter struggling after announcing it would need to raise funds to meet working capital and liquidity requirements.

** Altitude Group's price continues to increase, and at the time of writing has increased 22% since the market opened on Monday. It is now up more than 1000% since 11 January 2015. 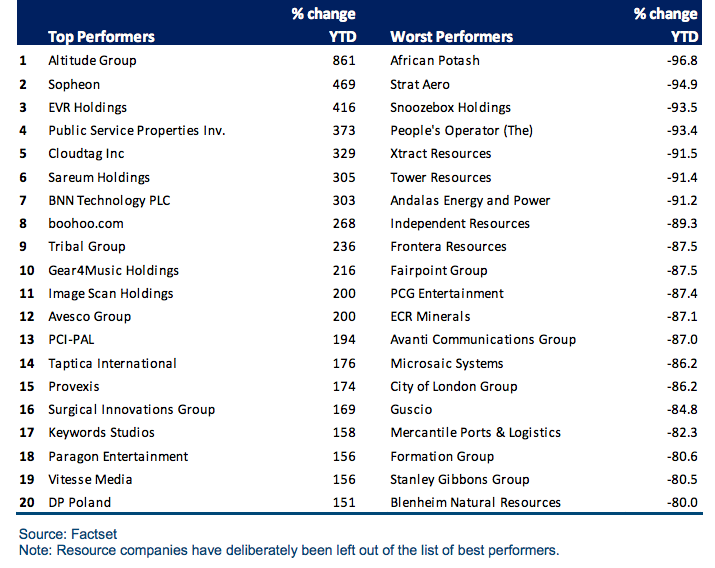 With Trump taking office on the 20th of this month, and Britain seemingly heading for a hard-Brexit in March - 2017 could prove to be an equally challenging year for investors, so buckle up. 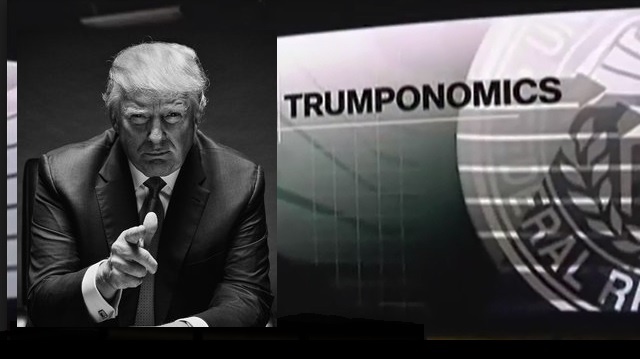 Three of our providers have given their top picks for the year ahead: