COVID-19: are we closing in on the end-game? 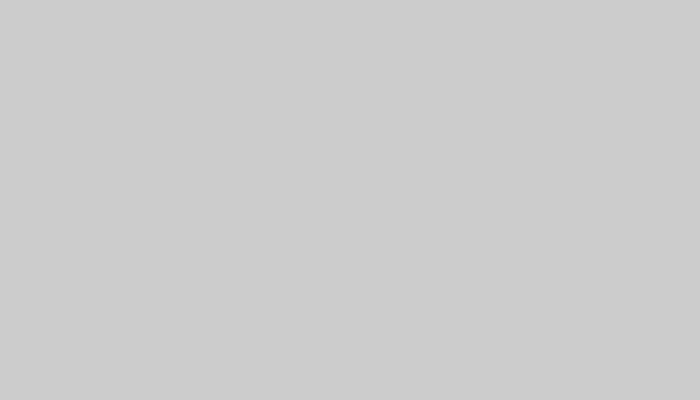 ImmuPharma recently announced an update on the FDA meeting with Avion, ImmuPharma’s partner for Lupuzor™, on 4 December 2020 (Type ‘A’ meeting request). Based on the positive guidance and feedback from FDA, there is now a clear regulatory pathway to commence the Phase III trial in H2 2021, fully funded by Avion. As part of this feedback, Avion and ImmuPharma will develop and validate a bioanalytical assay in order to confirm the unique pharmacokinetic profile of Lupuzor™. This will be presented at the final guidance meeting between Avion and the FDA in Q2 as well as confirming the previously submitted data on study design, clinical end points and the pathway to approval. ImmuPharma is also having a new batch of Lupuzor™ manufactured ready for use in the Phase III clinical trial. Given the strengthened balance sheet position following the £6.5m placing in September 2020, a cash runway to end 2023, a fully funded Phase III trial (by Avion with a US$25m investment) in an attractive market, and poorly met medical need, we believe the shares are oversold and reiterate our BUY rating and TP of 100p.

ImmuPharma announced a major US licensing deal on 28 November 2019 with Avion Pharmaceuticals (“Avion”), a US specialty business that has a focus on Rheumatology, Women’s health (Lupus afflicts women more) Dermatology and other therapeutic areas. Avion have a strong marketing and commercialisation operation (with over 100 specialist sales reps). Avion has exclusively in-licensed LupuzorTM for the US market for Lupus (SLE) and other indications and agreed to fund an international Phase III clinical trial for up to US$25m. In addition, Avion will pay up to US$70m in milestones and a royalty stream tiered to 17% has been agreed. We have always believed that ImmuPharma could deliver such a successful deal for the US market (given the track record of the previous deal executed with Cephalon). This deal with Avion was aided by the strength of the clinical data (and safety profile) from the Phase III trial announced last year. Our detailed analysis of the respective cohort data, driven by the performance of the peptide in the auto ds-DNA antibody positive patients validated our assumptions of the value of LupuzorTM. We now see LupuzorTM as having the ability to generate blockbuster sales in the US (US$1bn+) alone (previously US and EU combined) – which when coupled with a royalty stream of up to 17% on revenues, could see an annual royalty to ImmuPharma’s bottom line of US$170m per year. What is particularly impressive about this deal is not only ImmuPharma’s ability to identify and execute a new licensing partner for LupuzorTM but also the opportunity available for ImmuPharma to find new distribution and marketing partners outside the US for LupuzorTM, for e.g. in Europe, where a new trial would not even be required given Avion’s funding commitment. This means that there is a distinct possibility that further licensing deals could follow bringing in an attractive additional royalty stream, and additional upfront and milestone payments. Outside of LupuzorTM, we believe that ImmuPharma has the potential to generate news-flow on its other pipeline assets including Nucant and UreKa. Based on the financial assumptions for this deal, and a lower risk profile (reduction in risk premium in our DCF model) we increase our target price (which is 50% discounted) from 76p to 100p / share. BUY.

Biogen Update on Aducanumab Likely to have a Major Impact on Sector re-rating, with Strong Read Across for LupuzorTM

Yesterday, Biogen made a significant announcement for its shareholders and the broader sector alongside a strong set of Q3 results. Biogen announced that its Alzheimer’s drug, Aducanumab (monoclonal antibody), which it had been developing for early stage Alzheimer’s disease, and that had recently failed two Phase III (named: ENGAGE and EMERGE) clinical trials for futility (announced in March 2019), had gone on to demonstrate a strong signal of efficacy. In a subgroup of patients who elected to continue treatment at a higher dose, allowing sufficient exposure to the drug, it was clearly demonstrated that Aducanumab was able to achieve a statistically significant reduction of clinical decline in early Alzheimer’s Disease patients in a study called EMERGE (Biogen also stated that it believes that a sub-group of patients in ENGAGE also support the positive data seen). This is the first time that in the history of Alzheimer’s drug development, that a clinical study has demonstrated this type of effect. Further analysis of the ENGAGE study for Biogen does, we believe, potentially demonstrate a strong read-across for Lupuzor™, wherein Lupus patients who were ds-DNA positive (a sub-group – of European patients) and who were given Lupuzor™, a statistically and clinically meaningful reduction in Lupus disease symptoms were seen. Biogen believes that the lessons learnt from the EMERGE trial (with Aducanumab) could have positive implications for a number of other trials that the company is conducting in indications such as Tau-targeted Alzheimer’s, Parkinson’s disease and amyotrophic lateral sclerosis (ALS). The receptiveness of the FDA in advice to Biogen, to file for regulatory approval for its Alzheimer’s drug Aducanumab, is a clear signal that regulators are willing to be pragmatic about how they assess clinical data from ‘failed’ trials in diseases where there is a significant unmet or poorly met medical need. We continue to expect positive updates from ImmuPharma from its pipeline and reiterate our BUY rating and a Target Price of 76p.

ImmuPharma released its interim results this morning. The results statement highlights key activities around the Company’s lead drug, Lupuzor including: the successful conclusion of the open label study, meeting its primary endpoint (safety), and the important work in fully understanding the Phase III data from the Lupuzor study which concluded in H1 2018. Taken together, the overall data (incl. the European data from the Phase III clinical trial) around Lupuzor continues to mature positively. Against a backdrop of progress in the Lupus field as highlighted in our update notes (See TLSD reports: 09/09/2019 and 23/09/2019), we believe the company is making significant progress in fully exploiting the potential for Lupuzor as a novel therapeutic; this is strengthened and complemented by recent updates by competitors in the market. Further value is being generated as broader pipeline products such as Ureka Sarl (platform peptide) and Elro Pharma (Nucant), create further value for investors through a potential partnering or divestment approach. Importantly, given the clinical data behind Lupuzor and its unique mechanism of action, there are other indications that will be available for development within the auto-immune space for Lupuzor beyond Lupus. We believe that the coming months will further demonstrate the progress the company is making towards these goals. BUY.