Active clients are up YOY but revenue per client is down. Regulatory risk remains key.

One of the leading CFD platforms across Europe, CMC Markets, put out a mixed trading update this morning. The Group saw a reasonable increase in the number of active users year-on-year, but an equal offsetting drop in revenue per client:

On the critical subject of regulatory reform and the proposals made by various regulators late last year, Management strikes a supportive tone:

"The Group has always been supportive of a clear and consistent regulatory approach, applicable to all providers, to ensure that client interests are best-served"

Following on from IG's update on Tuesday, CMC are also calling for consistency. In our view this is critical. Regulators across the main markets in Europe and the globe need to propose materially consistent changes if they are to avoid a massive own goal.

The most powerful argument yet put forward is that the purpose of these changes are to protect customers, and a lack of consistency in such a fluid market as online CFD trading, will just result in customers taking their business to more "relaxed" regimes. This will hurt the customers, the established high-quality providers, and the tax receipts for respective governments.

Shares across the sector were smashed in early December 2016 as various regulators, including the FCA and Bafin, proposed measures to protect CFD clients from over-leverage, sharp marketing practices and the risks of significant losses inherent in risky products, such as binaries.

The group rightly points out that it operates at the upper end of the market, in terms of client sophistication. CMC, therefore, feels it is well placed to not only weather the current uncertainty but emerge stronger for it.

"The regulatory changes that will be implemented later in the year will undoubtedly present the Group with some short- to medium-term challenges... [However] I believe that in the longer term the Group's competitive position will be strengthened compared to competitors whose business model is more focused towards inexperienced clients."

Shares opened down c.6% but have since partially recovered. 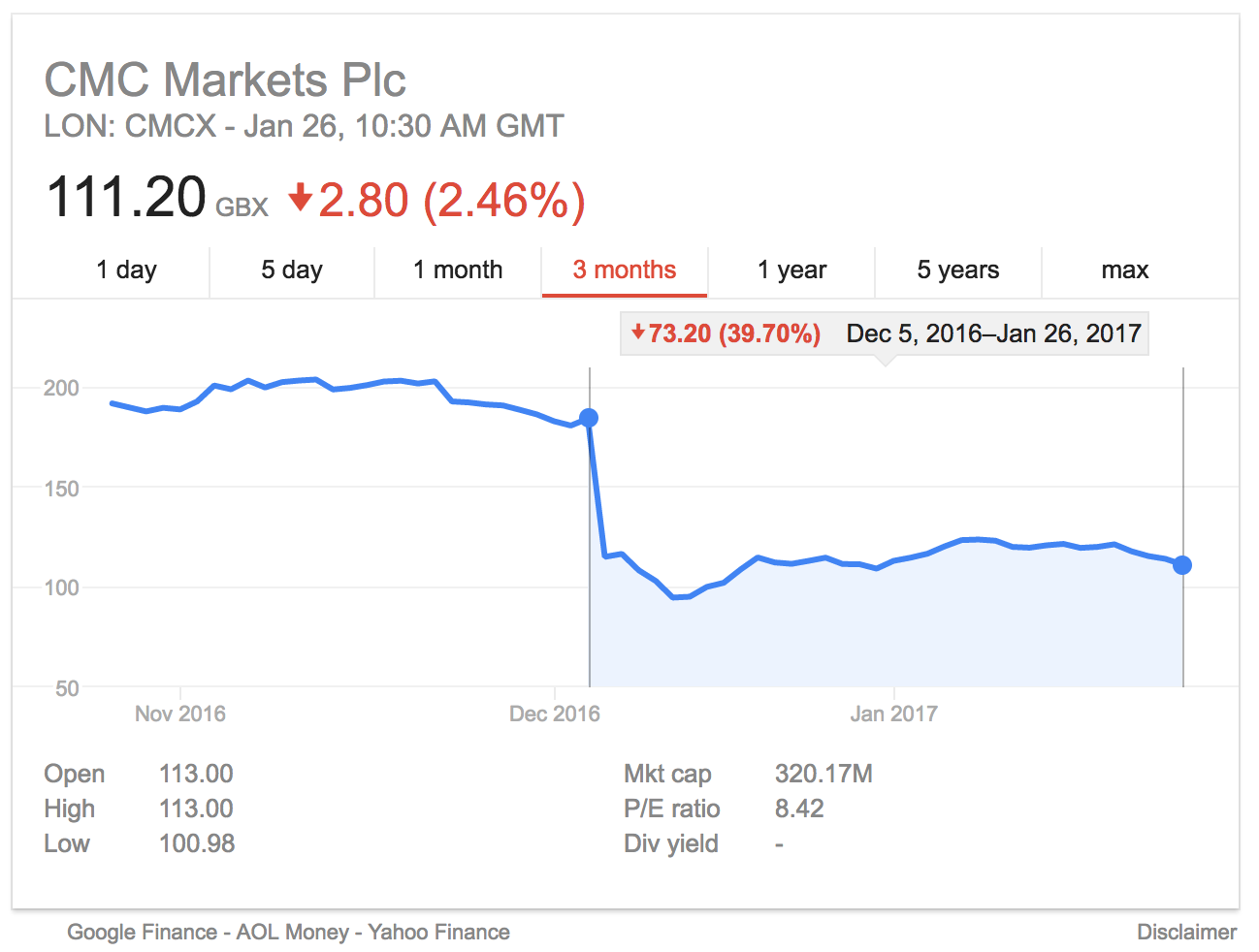 CMC Markets: How can retail flow add value in the institutional eFX market?

CFD platforms get a bloody nose from FCA