Despite the massive size of its revenues, Microsoft has proven to be a remarkable story in terms of percentage-basis top-line growth over the past few years. Even in its most recent quarter, the company managed a double-digit top-line growth (around 12%) although it did fall short of Wall Street expectations in terms of both, revenues and earnings. The Microsoft Cloud achieved a quarterly revenue milestone of $25 billion for the first time, up 28% and 33% in constant currency. The company's bran

Microsoft delivered a record third quarter which was driven by the persistent strength of the Microsoft Cloud. Its revenue surpassed $23 billion, up by 32% from the previous year. Over the tech stack, the company is expanding its opportunity and taking share as it helps its customers build resilience and differentiate. Microsoft has built a large client base for Azure with international giants ranging from Lufthansa to Bridgestone to BlackRock. With the increasing digitization trends, these comp 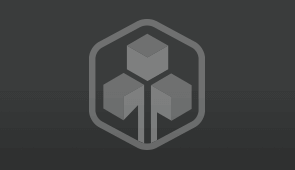 Microsoft took the gaming world by storm through its announcement of acquiring Activision Blizzard for $68.7 billion, using up nearly half of its cash reserves to make it the third-largest game developer in the world behind Tencent and Sony. The company experienced a record quarter, owing to the continued strength of the Microsoft Cloud, which surpassed $22 billion in revenue, up 32% year over year. The company is also expanding their infrastructure to the 5G network edge, assisting operators an

Alphabet and Microsoft have traditionally been two of the most reliable tech blue-chips that most technology investors have in their long-term portfolios. While the core revenue generating business for both companies is slightly different with Microsoft having a heavy focus on SaaS offerings around Windows and Office and Alphabet being more focused on digital advertising, they have been traditional rivals in many aspects. Alphabet has won many a battle in the past versus Microsoft whether it was

Microsoft zoomed past the target price from our last report as the company delivered yet another stellar result driven by the strong adoption of Azure cloud offerings, excellent momentum in its Teams app and its Power Platform, the robust LinkedIn business and the gaming segment. It has been in the news after the recent rollout of the latest iteration of its Windows operating system — Windows 11. The company’s overall top-line was up 22% and the Microsoft cloud continues to be a major driver, co

Microsoft had another solid quarterly result as it inched closer to the target price from our last report. The company saw a 21% top-line growth with a staggering 36% jump in commercial cloud offerings i.e., Microsoft 365 (formerly Office 365), LinkedIn, Dynamics CRM, and of course, its cloud infrastructure platform Azure. Azure’s 51% year-on-year growth was the highlight of the result as the cloud infra solution has slowly become a major contributor to Microsoft’s top-line. The company controls

With eGaming, Virtual Reality (VR) and Augmented Reality (AR) coming of age, we have examined the gaming industry to see if it can continue its staggering market growth and if these categories are still too early stage?

Lucyd's Innovative Eyewear completes IPO on Nasdaq on 14 August 2022 issuing 980,000 new units at US$7.50 per unit, raising a total of US$7.35m. Each unit consists of one share and two warrants immediately exercisable at the issue price (US$7.50) with a 5-year expiry. The shares began trading on Nasdaq on 15 August 2022 under the ticker LUCY, and the warrants under the ticker LUCYW.

National World reported interim results that were well ahead of our estimates and despite the challenging macroeconomic environment we maintain our FY22 estimates.

ESYS results were in-line with the March update, yet a newly reported strong contracted pipeline performance is the key takeaway from interims. H1 performance: revenues were resilient in a challenging macro environment, growing 3% y/y to £10.9m (+4% constant currency (‘cc’)). US revenues were up strongly (+20% y/y in $ terms), although as previously highlighted, this was offset by a lost customer in the UK due to CV19 occupancy headwinds. Challenges regarding sales team expansion and sales cycle

End July ARR has grown 32% c/c yoy to £5.2m (£4.5m for SwipedOn [SO] and £0.6m for Space Connect [SC]). H1 revenues for SO and SC are tracking in line, while A+K is tracking ahead. H1 net cash of £2.0m is slightly ahead. We make no changes to forecast revenues or profits, though note ARR has been impacted by a change in calculation methodology and some headwinds at SC. Overall, forecasts continue to be underpinned by upwards pricing reviews at SO, ramping sales of SwipedOn Desks, larger customer

H1 revenues increased by a strong 39% to £27.6m, within which recurring software revenues increased by over 60% as management continues to focus on higher margin activities. Whilst wage inflation held back H1 profit growth as previously discussed, price increases will support H2. Market conditions in pharma R&D are robust, with demand for Instem’s solutions remaining high. Visibility for H2 has increased, meaning trading for the full year is reported to be in line with expectations. We make no c

Nanoco has signed an agreement for a fifth work package from its major European customer. This covers the final phase of a scale-up of a longer wavelength material and development of a third material. It has also completed a placing and subscription raising £2.0m (net) at 37p/share, which extends the cash runway into CY24, and announced a broker option at 37p/share potentially raising up to an additional £3.7m.

Dish of the day Joiners: No joiners today. Leavers: Valeura Energy has left the Main Market (Standard). What’s cooking in the IPO kitchen? Georgina Energy, an early-stage resource company with a strategy of actively pursuing the exploration, commercial development and monetisation of helium, hydrogen and hydrocarbon interests located in the Amadeus and Officer Basins in Northern and Western Australia intends to join AIM. Georgina Energy has two principal onshore interests. The first, the Mount W