Solid interim results from Iofina, with strong cost controls delivering higher profitability despite higher energy and input costs. Brine water supplies have stabilised, production is on track, the pricing environment remains strong, near-term growth projects are fully funded and Iofina has a growing cash position. Iofina is finding its stride. After years of cost-cutting and restructuring, Iofina’s “prudent growth” strategy is expanding and evolving, with ambitions to double production over the

8 July 2022 @HybridanLLP Status of this Note and Disclaimer This document has been issued to you by Hybridan LLP for information purposes only and should not be construed in any circumstances as an offer to sell or solicitation of any offer to buy any security or other financial instrument, nor shall it, or the fact of its distribution, form the basis of, or be relied upon in connection with, any contract relating to such action. This document has no regard for the specific investment objectives 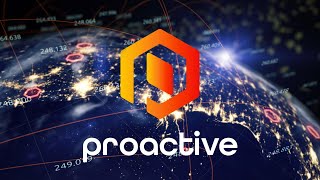 Iofina - Another year of record results

Iofina has delivered a fourth successive year of record results despite the challenges faced through the year. The balance sheet is strong and management is teeing up its next leg of growth. Iofina is starting to fire on all cylinders, with strong market fundamentals set to accentuate improving operational performance as production volumes rebound and new growth investment bears fruit. 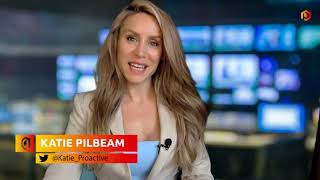 Iofina’s market update confirms H2 volumes last year were in line with guidance but highlights lingering brine supply issues at two legacy plants in particular. We are cutting iodine production estimates by ~20% as a result, although this is offset in our earnings forecasts by higher iodine prices. Spot prices have hit US$50/kg and the outlook remains robust, encouraging us to conservatively raise our iodine price assumption to US$45/kg. Our DCF-based price target rises 16% as a result to 29p/sh

Joiners No joiners today. Leavers Danakali has left the main market (Standard). What’s cooking in the IPO kitchen? Press reports that Law firm Mishcon de Reya has agreed a merger with life sciences specialist Taylor Vinters after recently confirming its plans to go public on the London Stock Exchange (LSE). Eurowag confirms its intention to undertake an initial public offering on the Main Market (Premium). The Offer would be expected to comprise both (i) new Ordinary Shares to be issued by the C

Iofina delivered record half-year results despite weather and brine supply related production outages during the period, demonstrating that the recovery in the iodine market is picking up pace. Iodine spot prices are now above our long-term forecast driven by higher demand. The iodine market is expected to continue improving, which alongside a strengthened balance sheet provides management with plenty of firepower to pursue the next leg of its progressive growth strategy – construction of IO#9 i

LIBERUM: Yü Group* - More upgrades and stand-out cheap – even in this market

XPD has a new management team, only recently appointed. They have a full plate, including fixing underperforming UK warehousing and freight forwarding units, cutting overheads, and improving management of working capital to reduce debt. But there are also some gems in the Group, the core Central & Eastern European (CEE) logistics operations continue to perform strongly despite the turbulence of the War in Ukraine. Hence H1 earnings show a mixed picture with Group revenue up nearly 50% to £189.3m

Invinity announced results for 1H22 to June including a net loss of £11.6m with cash at £16.1m. Results will be weighted to 2H22 as vanadium flow batteries (VFBs) for the Elemental and Yadlamalka projects are shipped. The Base order book doubled and Invinity is focused on closing late-stage commercial deals by YE22. Good progress is being made on the next-generation VFB with Gamesa, now named Mistral. The business case for VFBs is improving as EV demand for lithium-ion batteries squeezes availab

EQTE - Heads of Terms toward Sale of Deeside Project

Despite ongoing supply chain disruption, the Group has reported results in-line with expectation. Adjusted EBITDA from continuing operations improved slightly to £12.7m with the Energy divisions growing by c.15%. Increased investment in the Medical division and the pivot away from 3rd party component manufacture resulted in an offsetting c.£1.5m EBITDA movement. The Group enters FY2023 with a robust order book that already provides 90% coverage for FY23E and 45% for FY24E. Our EBITDA forecasts r

Water Intelligence reported a strong increase in revenues for 1H22 but that did not translate into profits which were held back by a sharp increase in other administrative costs. We understand that cost trajectory should flatten in 2H22 which, together with an increase in our revenue forecasts, means we maintain our EPS forecasts. The revenue performance underscores the strength of the growth story but given current market conditions and the need for Water Intelligence to demonstrate bottom line

Directa Plus has reported its interim results, which have been well trailed. Revenues increased by 39%, while EBITDA losses were contained to €1.3m (PY: €0.9m). The robust sales performance can be attributed to mgmt.’s proven ability to convert commercial opportunities as the interest in graphene continues to grow. This prompts us to leave our revenue growth forecasts unchanged, noting the significant upside potential should the DCTA win the Setcar contract. The challenging environment/inflation

EQTEC continues to deliver on its strategy of realising value from its development projects and focusing on the delivery of its proprietary gasification technology. The agreement to sell Deeside for £15m represents value in our view and adjusting our forecasts for the transaction raises our central case valuation to 3.4p from 3.2p.

Invinity’s interim results show the company moving forward whilst executing on a sizeable delivery backlog and also focusing on near term opportunities. We see a macro outlook that is increasingly supportive of long duration storage technologies that can be deployed easily and rapidly to deliver energy security in decarbonising grids. In this environment Invinity’s relationships with US Vanadium and the potential embodied within Project Mistral are encouraging.