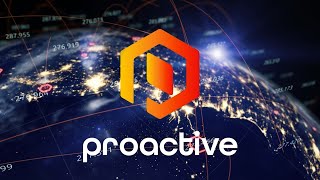 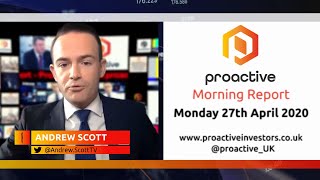 Central Asia Metals (CAML LN) reported robust interim results in the context of the H1 2020 backdrop; solid production and the company’s fundamentally low cost base meant that CAML remained profitable despite the sharp pullback in commodity prices during the period which led to a 17% YoY decline in revenue to US$70.8m. Consequently, EBITDA was down 25% YoY to US$42.5m despite a decline in unit costs of 6% YoY at Kounrad and 9% YoY at Sasa to US$0.48/lb and US$0.43/lb respectively which cushioned the impact of the weaker the top line. With no significant one offs in the period, EPS of US$0.10/sh. was 33% lower YoY.

Central Asia Metals (CAML LN) reported robust interim results in the context of the H1 2020 backdrop; solid production and the company’s fundamentally low cost base meant that CAML remained profitable despite the sharp pullback in commodity prices during the period which led to a 17% YoY decline in revenue to US$70.8m. Consequently, EBITDA was down 25% YoY to US$42.5m despite a decline in unit costs of 6% YoY at Kounrad and 9% YoY at Sasa to US$0.48/lb and US$0.43/lb respectively which cushioned the impact of the weaker the top line. With no significant one offs in the period, EPS of US$0.10/sh. was 33% lower YoY.

EQTEC announced (last Friday afternoon) an extension of the exclusivity period of the Billingham MOU until 22 November 2020. The extension of the MOU exclusivity period is with the aim of finishing the preparation of a legally binding option agreement with Scot Bros. which, if agreed, will grant EQTEC and its partners the right, but not the obligation, to purchase the entire issued share capital of Billingham EFW Limited (the project SPV) from Scott Bros. subject to an agreement on consideration and other terms.

Saudi Arabia's warning to OPEC+ cheaters and short-sellers alike helped oil prices stage their biggest weekly rally since June, despite a grim start to the week as industry heavyweights painted a troubling demand picture for the petroleum complex. Futures in New York rose 10% this week following a show of determination by Saudi Arabia, the most influential nation in the Organisation of Petroleum Exporting Countries, to defend the market on Thursday. The Saudis hinted they are prepared for new production cuts, and lambasted OPEC+ members that have cheated on production quotas. Prices briefly fell as much as 1.6% on Friday following an announcement from Libyan military commander Khalifa Haftar that he will allow crude production and exports to resume. But while Haftar reached the agreement with the country's deputy premier, it was unclear whether the deal that excluded the National Oil Co would actually restart exports. Haftar controls most of eastern Libya and has halted operations and shipments from his territory as part of a campaign against the internationally recognised Tripoli government. The OPEC member is pumping just 80,000 barrels a day, but produced 1.2 million a day last year. Oil reversed last week's losses, which pushed West Texas Intermediate futures toward $37 a barrel amid a slew of downbeat demand forecasts from the International Energy Agency to Trafigura Group and BP Plc. Helping support prices this week, US government data showed crude and gasoline stockpiles declining. American oil stockpiles are now at their lowest since April. But crude may not be out of the woods just yet, with distillate supplies at record highs and refining margins for the fuel deteriorating in the US and Europe. Meanwhile, rising coronavirus infections in Europe raise the spectre of a return to tighter restrictions that have crippled consumption. Prices  West Texas Intermediate for October delivery rose 14 cents to settle at $41.11 a barrel.  Brent for November settlement lost 15 cents to end the session at $43.15 a barrel. The contract rose 8.3% this week, its largest weekly gain since June.

Falcon has announced the resumption of activities at Kyalla 117 with the fracture stimulation of the well, and extended production test to follow. Initial results from the production test are expected in Q4/20, with final results expected by the end of Q1/21. Following the farm-down of a 7.5% participating interest to JV partner Origin Energy in April, Falcon is fully funded through the upcoming drilling campaign. We believe success at the Kyalla well will result in the JV further evaluating the potential of the Kyalla liquids rich gas play, thereby fast-tracking the potential commercialisation and monetisation of Falcon's 22.5% working interest. We reiterate our 39p price target (a 406% premium to the current share price) and our BUY recommendation.

UKOG has this morning announced that the Xodus Group has estimated that the Loxley gas field has a best estimate recoverable resource of 44bcf gross and 34 bcf net to UKOG within its 100% held PEDL234 licence. The company has indicated the resource estimate must be proven by future production results and that the development of Loxley is subject to planning consent.

Enwell Energy* - Ready to steppe it up – initiating coverage

Ready to steppe it up – initiating coverage

Hargreaves’ FY20 results are very solid indeed. As previously reported, the only noticeable impact from COVID was in the slippage of Blindwells’ land sales, which were due to conclude during the lockdown period. Site activity has resumed and sales remain on track to conclude in the current year. A final dividend of 4.5p has been declared and the outlook statement is measured but confident. We reintroduce forecasts today, effectively reinstating our pre-COVID expectations. Hargreaves is well positioned to deliver a period of significant, renewed growth with the prospect of a double digit dividend yield from FY22 as HRMS profits are distributed.

There was less tension this quarter, as Shell had already cut its dividend in Q1. The trading units rose to the occasion, bringing a positive surprise in this horrendous quarter. The company has recorded a very large impairment, and is poised to announce a strategic shift once 2020 is in the books.

Shanta Gold (AIM: SHG), the East Africa-focused gold producer has today announced a summary of historic exploration drilling carried out at its recently acquired West Kenyan project. We have included the significant drill intercepts that the company highlighted in the announcement.

A number of REITs have the ability to thrive in current market conditions and thereafter. Not only do they hold assets that will remain in strong demand, but they have focus and transparency. The leases and underlying rents are structured in a manner to provide long visibility, growth and security. Hardman & Co defined an investment universe of REITs that we considered provided security and “safer harbours”. We introduced this universe with our report published in March 2019: “Secure income” REITs – Safe Harbour Available. Here, we take forward the investment case and story. We point to six REITs, in particular, where we believe the risk/reward is the most attractive.