What’s in a name?

Shakespeare said it first. What someone or something is called or labelled is arbitrary compared with their or its intrinsic qualities; this is especially true of sobriquets. Henry Boot has been monikered a Luddite because of its mix of businesses. Unfashionable, maybe, but intrinsically valuable, singularly and in concert. These include property development, land promotion, construction, plant hire, housing and a dash of PFI. Having traded for more than 100 years, Henry Boot is also old enough

The covid-19 pandemic has had a devastating effect on the share price of property companies, with 31% wiped off the value of their total market capitalisation during the first quarter of 2020. 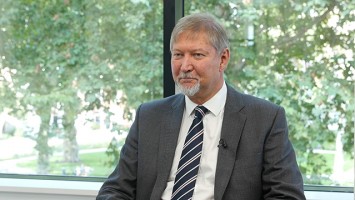 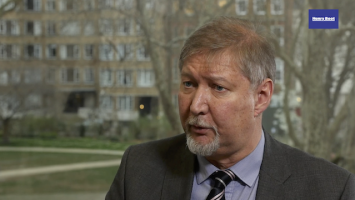 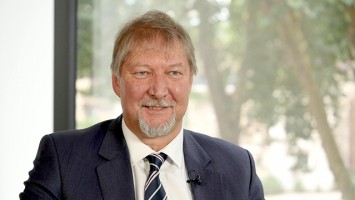 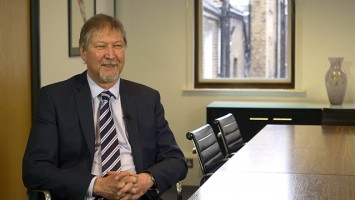 Topic of the quarter: It’s alive! Infrastructure and assets in general have traditionally been built to provide a fixed service and are maintained and renovated to a fixed schedule – dead and dumb. Technology will completely change this. Sensors and wireless networks have the potential to allow assets to ‘talk’ to us. These living, smart assets will be able to tell us when they need maintenance, how efficient they are being and provide the data that will directly influence their construction,

The strong trading seen in H1 has continued into H2 to the extent that management now expects FY 2017E to be materially ahead of expectations. We have upgraded our FY 2017E EPS by 16% and highlight that, assuming no change to the economic backdrop, there remains upside to both FY 2017E and subsequent forecasts. We reiterate our view that our sum-of-the-parts analysis is well evidenced by both company and external transactions, supporting our 398p target price.

Since our first quarterly at the end of 2015, 12 of the 59 companies we included in our valuation tables have been bid for. Given those tables were simply designed to show the range of companies present within the sector, not a hit-list of undervalued opportunities, the fact that 20% of them have been taken over is worth looking at in more detail. At a time when warnings and share price collapses from the likes of Interserve, Carillion, MITIE, DX and Capita and Serco have dominated newsflow, it 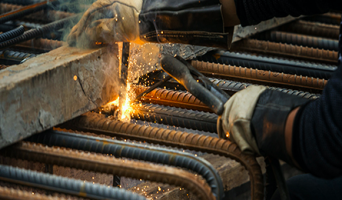 Well positioned in a tightening environment

Victoria has delivered record FY22 revenues and EBITDA, exceeding the minimum £970m and £155m indicated in April’s trading update. L4L revenue growth, against a Covid weakened comparative, was 19.2%, split equally between volume and price. Given the inflationary cost environment and supply chain constraints this is a highly creditable performance that demonstrates both pricing power and operational strength. The Group also made a number of enhancing acquisitions in FY22 (including the Rugs and U

Another good report despite some caution regarding combustibles in the coming half. New Generation Products, which are currently the main driver, continue to do very well with the 2025 targets confirmed. This is the most important thing in our opinion.

LIBERUM: Frasers Group* - A standout FY22 gives confidence in the year ahead

James Halstead is a manufacturer and international distributor of commercial floor coverings. The group has this morning released a full year update, pointing to a continuation of the trends previously reported, in other words positive demand offset by margin pressures. Revenue in the year is reported to have moved 9-10% higher, which was set against the various logistical and inflationary challenges presented and management deliberately choosing to invest in stock to ensure demand can be met in

LIBERUM: Joules* - Some good news: liquidity improves, and profits are up

Sanderson Design Group has reported a resilient H1 trading performance for the six months to 31 July, with group sales up 1% on a reported basis. Strong performances were delivered by the Morris & Co brand, Licensing, and in the US market, all of which delivered superior margins. Adjusted underlying H1 profit before tax is expected to be in line with Board expectations, as is full-year trading currently, notwithstanding ongoing market and consumer uncertainties in an inflationary global environm

Solid State’s FY15 results demonstrate the success of its growth strategy, with an impressive 35% year-on-year increase in adjusted pre-tax profits. The strategy is based on top-line growth through selective acquisitions, the addition of new product lines and entry into new industry verticals such as green energy and security solutions. This is combined with margin improvement through focus on value-added design and assembly capability and development of own-brand products such as high-output LE

Solid State delivered record revenues and profits during FY22, with adjusted EPS rising by 29% year-on-year to 70.6p. This is well ahead of management’s own five-year target of doubling EPS to more than 60p by 2022, giving a CAGR in total shareholder return of above 20% over the five-year period. Management is now seeking to replicate or better that achievement over the next five years to 2027.

A reassuring trading update confirms that SuperGroup continues to deliver attractive top-line growth. Admittedly, the superior wholesale performance means (as previously flagged by the company) that there is likely to be some gross margin erosion, but the focus on operational leverage should still ensure a modest improvement in operating margins going forward. Management’s commercial and pragmatic approach to expansion should mean continued success as the brand rolls out beyond its core markets

SDY has reported Underlying PBT and 2018/19 guidance in line with its preclose update issued on 10th May. Additionally it has announced a 25p special dividend and an 11.4% increase in its ordinary dividend. Accompanying commentary suggests further emphasis shift to capital light distribution but commitment to the physical estate despite current difficult trading.