Zeus presents the latest edition of the Real Estate, Building Products & Merchants quarterly summary of valuation, performance and earnings momentum. Key observations are as follows: • Subsector performance: One-year forward P/E ratios contracted in the last quarter for all subsectors except House Builders (that remained flat), reflecting general risk-off sentiment and a deteriorating outlook for the UK economy – the OECD now expects the UK to be the second slowest growing G20 economy in 2022

Trading has remained strong with revenue in the four months to the end of April up 6.7% yoy. This includes cyber-attack impacted weeks in January and February meaning March and April generated +10% growth and is inline, if not better, than the run rate seen before the attack. Management had stated that the impact would be short lived and today’s AGM statement confirms it. The order book remains at exceptionally high levels and the price increase that had been delayed has now been implemented, un

FY21 results are in line with Zeus’ upgraded forecasts showing a very strong performance in challenging circumstances. Revenue increased 26.6% yoy (FY20: £113.2m) and 13.5% against the pre-pandemic FY19 £126.2m. Adj PBT of £7.6m (FY20: £4.8m loss) reflects the completion of the turnaround and is £16.4m better than the loss in FY18. Trading in recent weeks is in line with pre-cyber-attack levels indicating its short-term impact. Our understanding is that the current run rate is in line with previ

Safestyle traded positively into the year-end, leading to ZC profit forecasts increasing by c.9% and 5% in FY21 and FY22, respectively, and had started the new year strongly. Unfortunately, the cyber-attack announced in January has had a greater impact on trading than had initially been envisaged. Our understanding, following this morning’s announcement, is that the impact will be limited to H1 22 and trading levels will return to expected levels in the next few weeks. The business will remain p

Safestyle UK should outperform peers in the sector 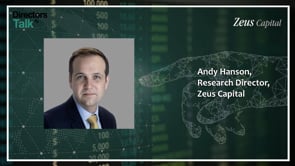 Safestyle UK should outperform peers in the sector

Safestyle finished the year strongly with revenue of £143.3m in line with expectations but profitability materially ahead. ZC FY21 PBT increases by 8.6% to £7.5m (prev. £6.9m). FY21 revenue is 13.6% ahead of FY19 and in line with the 13.3% reported in the interims after a very strong first six months of the year. Lead generation costs normalised to pre-pandemic levels in H2, as expected, however the strong operational performance in offsetting cost-input inflation and supply chain challenges has

First half performance indicates that the turnaround is almost complete with Safestyle reporting the best half year financial performance since H2 2017. Revenue of £73.0m is up 73.4% yoy but more importantly increased 13.3% on the H1 ’19 performance. The recovery in revenue picked up pace during the half, after four months it was 10.9%. Gross margin increased 639bps to 32.3% on HY19 as average selling price increased 11% despite a negative movement in mix. This resulted in adj. profit before tax

Today’s trading update for H1 22 highlights the difficult operating environment over the first six months of the year, particularly in Q1. Trading picked up in Q2 and is expected to continue to improve in H2 22, in part, due to the inherent seasonality of the business, but also due to some catch up in demand. Guidance is for FY22 post-tax profit to be in line with the consensus estimate of £32.2m, as a result Zeus reduces its estimate by 2.5% to £32.2m. Previous guidance of £3.0m potential impac

Last week, the UK government published the consultation paper on its Review of Electricity Market Arrangements (REMA). Any change potentially represents uncertainty in a market that has been wary of changes with a number of shares falling after early details of possible reforms were flagged in the press. We review the possible changes and conclude that while there is some risk, from what we can see at present the likely outcomes could be either minimal or beneficial for investors in clean energy

The third year of consecutive >50% EBITDA growth and 45% CAGR EPS growth - SDI reported full-year results to 30 April that were 12% higher than indicated at the trading update (6 May), helped in part by higher recognised revenues from the SVS and Safelab acquisitions. Coupled with a stronger underlying cash position (net cash of £1.1m), in part reflecting a delay in the Safelab contingent payment into FY 2023 and higher than forecast OEM contract prepayments (albeit less than FY 2021), £20m borr

Oil fell for a second-consecutive month as a deteriorating demand outlook offset concerns over tight physical supplies. West Texas Intermediate rose Friday, bringing this week's gain to around 4%. Futures nevertheless recorded their first back-to-back monthly decline since 2020 as fears of an economic slowdown fuelled bearish sentiment across markets. The US economy shrank for a second quarter as rampant inflation undercut consumer spending. Citigroup Inc says there are signs the oil market

Invinity has begun trading shares on the OTCQX Best Market in the USA. We see this as adding liquidity for North American investors and more generally increasing visibility for the company in key markets in North America.

SDI has announced the acquisition of LTE Scientific for c.£5.5m (includes £1.65m of freehold property and £1.3m of cash). LTE Scientific manufactures and services sterilizers, decontamination and thermal processing equipment, used in the life science and medical market sectors. The acquisition is funded from cash and SDI’s existing debt facility, with net cash at 30 April having been c.£1.1m. We expect the acquisition to be immediately EPS enhancing and to be c.5% accretive to EPS in FY 2024. Co

The US Inflation Reduction Act of 2022 now has a chance of passing the Senate next week as it is being voted under the Reconciliation procedure which allows bills related to the budget to pass on a simple majority rather than the 60-vote majority required to overcome a filibuster. If the act does find its way onto the statue books it will bring US$369bn in clean energy tax credits, grants and other incentives. Much is directed to protecting clean energy manufacturing in the USA, but it is a wide

A year on from the end of lockdown on July 19 2021, celebrations at the UK's economic bounce-back in H2-21 have long lost their fizz. Two intertwined themes have remained salient / gathered pace over the past six months since our mid-year sector review: exchange rates and inflation. As we write today, press speculation is focussing on the possibility of a 0.5% rise in UK interest rates in August, billed as the biggest move in 27 years. Looking further afield, economists are looking to the F