Joiners: No joiners today. Leavers: Brewin Dolphin Holdings has left the Main Market. Caretech Holdings has left AIM. What’s cooking in the IPO kitchen?** Streaks Gaming plc, a UK-based provider of conversational gaming products intends to join the Standard Segment of the Main Market this autumn. The flotation is expected to value Streaks at approximately £10.2m (pre-money) and will make it the first LSE-listed "pure-play" conversational gaming company. Raising between £5-10m. Independent Living

Joiners: No Joiners Today. Leavers: Raven Property Group has left the Main Market. What’s cooking in the IPO kitchen? Immediate acquisitions (IME.L) is to re-join AIM via a Reverse Takeover of Fiinu Holdings Limited. Once complete the Company is proposing to change its name to Fiinu Group plc. Fiinu intends to be a provider of a consumer banking product, the Plugin Overdraft ®, which is designed to provide customers with an overdraft facility without having to change their current account or req

Joiners: No Joiners Today. Leavers: No Leavers Today. What’s cooking in the IPO kitchen? Hercules Site Services a technology enabled labour supply company for the UK infrastructure sector, intends to float on AIM. Hercules is seeking to raise approximately £5.5m to rapidly deliver on the significant demand it is experiencing for its diverse range of services across the UK infrastructure sector, including to scale up its operations to supply labour to the northern section of the HS2 rail project

A strong end to the year

Shaken but not stirred

What’s cooking in the IPO kitchen? SpectrumX Holdings, a leader in proprietary formulations of HOCL (Hypochlorous Acid), is expected to list on the London Stock exchange. This Pre-IPO offering outlines opportunities for commercialisation of novel formulations of HOCL in the healthcare and pharmaceuticals markets. SpectrumX is focused on developing an inhaled respiratory treatment with blockbuster potential and has a sanitiser product that looks set to generate significant near-term revenues. T

Everyman Media - Home is not where the heart is

With its cinemas set to reopen imminently, a new endorsement of the continuing appeal of the big screen is a topical boost for Everyman. Despite growing competitive forces such as streaming, cinema has been the most missed out-of-home entertainment activity during lockdown, according to a Film Distributors’ Association survey, with 76% planning a cinema visit within two months. Such pent-up demand, proven where markets have reopened, and a recovering mainstream film slate, driven by a backlog of

Cornerstone FS to join AIM, an SME focused, cloud-based provider of international payment, currency risk management and electronic account services focused on removing the complexity of international payments for customers. Raising £2.2m. Mkt Cap £12.3m. Due 18 Mar. Imperial X (AQSE:IMPP) to join the Main Market (standard). It is also proposed that on Admission to the Official List, the Company will change its name to Cloudbreak Discovery Plc. With effect from Admission, Imperial X will hold

Abal Group (formerly on AIM) to relist as Supply@Me, a growing innovative "inventory monetisation" platform, having originated more than EUR300m of prospective "inventory monetisation deals" in its first six months of operating (to June 2018). In the first half of 2019, an additional prospective EUR300m was originated. As at the date of the publication of the Prospectus and Circular to Abal shareholders, dated 4 March 2020 , EUR972m of prospective contracts have been originated. Raising £2.2m. D 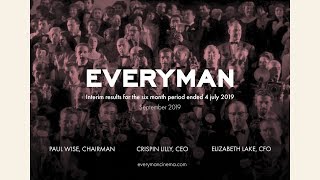 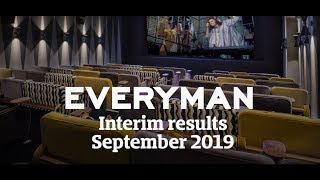 Hostmore - Better than expected H1; cold reality on the menu

Hostmore delivered a marginally better than expected H1, but it’s not been a great start to H2 and the cold reality is that the consumer environment has worsened, putting pressure on revenue, with cost inflation – especially energy – also rippling through the P&L. Sensibly, Hostmore is slowing its opening programme to protect cash; it’s highly cash generative with plenty of financial headroom, and this should put it in a good position to exploit market opportunities when the time is right. We ar

In the September edition of Zeus’ Video Games quarterly report, we review sector M&A activity in 2022 alongside our regular valuation and performance analysis. Total 2022 YTD deal volume across the US and Europe (186) is at elevated levels, already second only to 2021. The total number of video games deals rebounded significantly to 81 in Q3 from 28 in Q2, according to our transaction screening. US average deal value reached a record high of £209.5m (joint with that achieved in 2020) on a re

Brighton Pier Group (BPG) performed strongly during the 12 months to June 2022, which resulted in the company beating forecasts that had already been twice upgraded (FY22E Adj EBITDA of £6.5m originally forecast vs £10.8m ultimately achieved). All divisions performed well, with trading boosted by pent-up consumer demand and government support packages. The outlook appears more muted, however, driven by elevated inflation and the widely documented ‘cost-of-living crisis'; consequently, we lower o

*A corporate client of Hybridan LLP ** Arranged by most recent first *** Alphabetically arranged Dish of the day Joiners: No joiners today. Leavers: No leavers today. What’s cooking in the IPO kitchen?** Streaks Gaming plc, a UK-based provider of conversational gaming products intends to join the Standard Segment of the Main Market this autumn. The flotation is expected to value Streaks at approximately £10.2m (pre-money) and will make it the first LSE-listed "pure-play" conversational gaming co

Guild has signed its largest sponsorship agreement to date with Sky UK Ltd (Sky). The three-year global sponsorship is one of the largest ever esports sponsorships signed in Europe and is Sky’s first agreement with an esports organisation. We estimate the new contract could drive Guild into cash profitability before payments to Footwork Productions. In addition, the sponsorship’s high profile may accelerate the signing of other deals in Guild’s growing pipeline. Sky follows other premium brands

LIBERUM: Tortilla Mexican Grill* - LFL +19% and roll out on track

Pendragon’s interim results show underlying PBT of £33.5m (H1 2021: £35.1m), in line with the numbers flagged in a trading update on 20 July. This is a strong performance given the removal of £8.3m of government support and £7.0m of incremental marketing spend to grow the used car proposition. FY22 trading is expected to be in line with Management’s expectations, despite macro uncertainty and supply shortages, so Zeus headline forecasts are unchanged. We remain comfortable with our 38.6p per sha

easyJet’s Q3 trading update should be defined as mixed as we see severe negative impacts from the airport chaos, but the encouraging traffic figures, good hedging and further improved liquidity and net debt positions are worth noting. We might downgrade further our estimates to a small extent for the current FY and a further cut for the next FY is not impossible as Heathrow warns of a potential passenger cap for summer 2023.

The warmer weather and return to social events has boosted the demand for summer clothing. Next has slightly raised its FY22 guidance for both top-line growth and profitability on the back of better-than-expected full-prices sales in Q2 22. The group still expects an inflation impact on consumer spending to worsen in the second half.