Whilst it's only early days, our users are already comfortably beating the market

As explained below, here are some of Research Tree user's top picks in Construction, Support Services, Payment Logistics, and Financial Services stocks sectors for 2017.

At the tail-end of 2016, we asked our core users for their stock picks for 2017 and their associated rationales. We had a fantastic response, and after receiving some excellent insights from a group of very clued-up investors, we decided to share some in a series of articles. 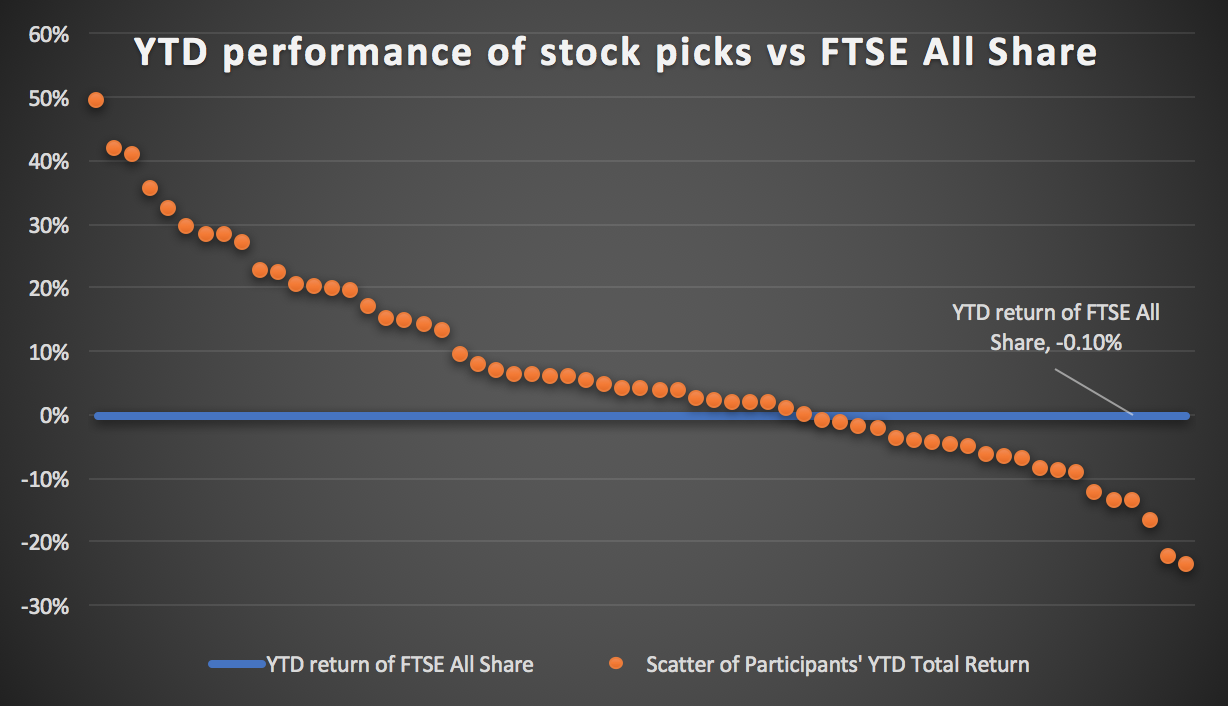 As you can see, the picks as a group are significantly outperforming the FTSE All Share which is currently flat year-to-date, although it is admittedly still early days.

Our users are mostly Sophisticated or High Net Worth private investors, but we also have a growing number of professional investors and commentators.

We thought it would be a good idea to share some of their views and rationales. However, we got so many quality responses that we have had to split them broadly into sector groupings.

Below is a quick run through some of the picks in the Construction, Support Services, Payment Logistics, and Financial Services.

Construction as a sector might struggle in 2017. The main stocks to suffer big losses after the Brexit vote were the major housebuilders, albeit recovering since then, and this year looks to be equally uncertain. House prices are slowing and if Foxton's profit warning is anything to go by the market is weakening. 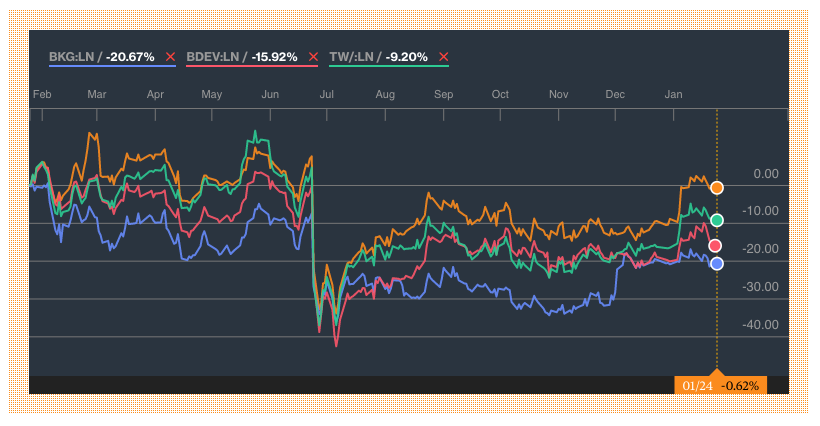 Two of our core users listed Michelmersh Bricks and Morgan Sindall as their picks for the construction sector, and here's why...

Michelmersh Bricks is the number 4 brick producer in the UK. A private investor told us he thinks this AIM-listed stock is a great pick for several reasons:

"The surprising resilience shown by UK housebuilders post-Brexit should feed through to their suppliers in 2017, as supply chain inventories decline. Secondly, Sterling's fall versus euro provides protection from Dutch/ Belgian importers. Lastly, the stock trades below its tangible book value following the recent profit warning."

Hybridan covered MBH earlier this month, saying it expected the firm's FY16 financial performance to be similar to 2015 as previously announced:

Construction services specialist Morgan Sindall had a roller coaster last year, opening at 740p/share, hitting a high of 837p in March, a low of 560p in June, and finally posting a 4% increase for the year. Since 3 January the stock has jumped 11%.  One of our users said he chose the stock because it had great earnings potential:

Support Services could be a real mixed bag in 2017. Earlier fears of a recession after the Brexit vote have now abated but there is still concern over spending levels and the impact of inflation on business appetite this year. On the flip side, weakened sterling will make UK companies with overseas operations more competitive.

One of our users likes Petards Group, a global specialist solutions provider for security and surveillance products for Transport, the Emergency Services and Defence industries. Shares are up 130% over the last 12 months:

"PEG because it is a hidden gem. It is a micro cap and therefore, not considered by many investors. However, the company is profitable and trading on a low PER. Forward visibility of earnings for 2017/18 is good and the company have won several new contracts in the rail division and more recently the defence division. My own research suggests they will at least meet or exceed 2016 forecasts and I believe it is management's intention to begin paying a dividend in 2017. As a result, this should come to the attention of an increasing number of investors as the year unfolds."

"...[We expect] the year end order book to show a significant improvement over the £12m slate the Company had as at 30 June 2016. With 2016 fast approaching the year end, we see this as further underpinning our forecasts for next year of £16m revenue and £1.01m of pre-tax profit.

Despite the strong recent share price performance, the shares remain on a forward fully diluted PE multiple of just 12.3x. This equates to a discount of 31% against the average of our select peer group of comparators"

Fintech was one of the major buzzwords of 2016 and firms like Paysafe are well positioned to benefit from increasingly sophisticated consumers and retailers. One of our users had PAYS as a favourite pick for 2017:

"PAYS still looks oversold following a recent short attack and board statement followed by a new share buyback programme. Brokers have been positive since and a trading update due early January should help set the tone. It is also materially undervalued vs its peer group, as long as the shorters story is as wrong as the board suggested it was!!"

PAYS shares fell 35% in Q4 last year. Equity research firm Edison said last week that despite its share price recovering (and now trading at a higher level than prior to the 13 December drop), Paysafe is still trading at a significant discount to its peers:

Continued revenue growth, steady cash generation and a gradual reduction in the relative contribution of the company’s largest merchant should help reduce this discount. "

2017 is going to be a challenging year for financial services companies with a hard-Brexit (which looks increasingly likely) having huge implications for the City of London. Investors need to carefully consider the implications of Article 50 and how it will play out in relation to UK financial stocks.

Investors should also keep an eye on the challenger Banks this year, as several are gaining traction versus their "legacy" peers. The challenger Banks include Monzo, Tandem, Atom, and Starling (sadly all are private companies currently, but Monzo might be crowd funding again later this year).

One stock pick from a Research Tree user in this sector is Arbuthnot Banking Group which is flat on a one-year view but down 16% since October.

Read our users' picks across the other sectors here:

Please Note: This article is not intended to be advice or a recommendation to buy, sell or hold any investment mentioned, nor is it a research recommendation. Investors should form their own view in relation to any potential investment.